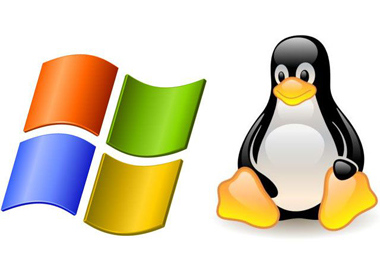 A virtual private server (VPS or virtual private server) is hosted on a specific physical medium where several stand-alone clients can work independently. It is entirely similar in functionality to a separate computer. Renting a virtual server (VPS) is in high demand since modern operating systems are multitasking, and the computing power of hosters is quite immense. However, when choosing a provider, it is essential to clarify which operating systems they use because it determines the features of the range of services provided.

Nowadays, almost all providers use Windows or, more often Linux; this is due to several reasons — from the point of view of structural construction and operational features. The most popular distribution is CentOS, followed by Debian and Ubuntu. Statistically, they account for about 34, 31, and 20 percent, respectively. The smaller quota of Windows virtual servers is explained by the fact that this OS’s operation requires a license. And sometimes, the provider does not provide it in the kit, while Linux systems are free, and their source codes are publicly available. In addition, Windows is less resistant to virus attacks, it has a lower uptime and worse stability, but it is used to create a remote desktop for work purposes. It is always available on the network — you can connect to it even when you are abroad.

Thus, if you need to host a personal website, an online blog, or an online store, consider any suitable operating system such as Centos, Debian, or Ubuntu. You can consult your chosen VPS provider if you are still deciding which OS is best. And you need a remote computer for work and multitasking between employees. In that case, you need to choose a server with Windows OS because it is constantly available from anywhere in the world.

Differences and technical spectra of OS

The main component of any OS is the kernel. For Linux, this is a single file in which drivers are built in, and additional modules are connected to expand the functionality. Windows is fundamentally different because its kernel is a set of more or less small dynamic link libraries (DLLs) that various programs can use. In the first case, the structure is safer from the point of view of hacking: if at the compilation stage, you disable support for modules that are not used later, it will be impossible to run malicious code based on them. In addition, this measure increases system performance.

File systems are also structurally different. Linux starts from the root (main) directory, and further sorting of files is performed depending on the type: executable – in /bin/, resource – in /usr/, configuration – in /etc/. In Windows, everything is different: the classification is hidden from the user, who observes only drives (C, D, E …) and folders in them, and detailed information is invisible. It is more convenient From the point of view of an inexperienced user.

You can use ordinary files to save settings and data in Linux: standard files in /etc/, and client files in its subdirectory. It is initially a multi-user system with a clearly defined level of access:

The configuration function is implemented in the registry on Windows. The gradation of users is arranged similarly, and it is more convenient depending on personal preference.

The difference between the considered OS is significant from the point of view of managing updates and executable programs and scripts. Linux does not need additional downloads from the network since it has software package repositories natively. You can update them with a single command at the root administrator level. Its start time can be set at the request of the owner of the virtual server. Such options have a positive effect on its security from third-party influences. The situation is different for Windows: you must download and install the necessary software. In the case of self-updating components, the process can start anytime, which could be more convenient. In addition, you will need to reboot the entire system in some situations.

The virtual server will work on any OS since the codes written in the main programming languages (Java, PHP + SQL, Perl, and others) function on any platform (with some nuances). It would be more logical to stop at Linux if the server is needed to host an Internet site if you do not need Windows applications from Microsoft such as SQL Server, Access, Exchange, ASP, and Visual Basic. The choice of one or another OS is determined by the tasks that the user needs to solve.